Required Reading For Anyone Who's Weird About Food November 25, 2009 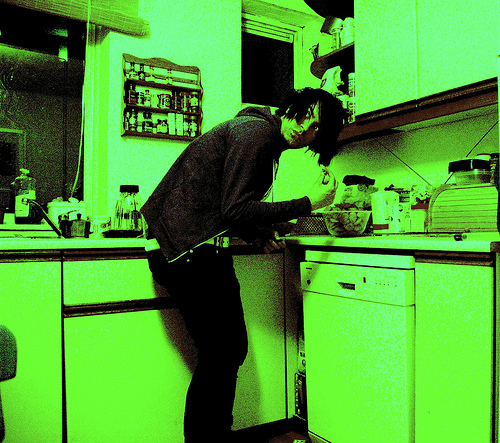 Here's one definition of "weird about food"!

Binge eating and emotional overeating are hot topics in the news and in research now. As they should be! I found these stories/posts interesting and wanted to share them with all of you. Understanding what’s going on in our bodies and brains is key to getting healthier! (Thanks to @BEDAorg and @TheJoyProject for the links!)

1. Binge Eating: Is It A Form Of Addiction? —LA Times
The notion that binge eating is a form of addiction comes up frequently in experts’ discussions of the diagnosis. Many binge eaters themselves talk about “cravings,” “benders” and “hangovers,” often describing a dynamic in binge eating that is eerily familiar to an alcoholic’s descent into oblivion, as the first drink — or the first after-dinner cookie — leads uncontrollably to another and another. Rina Silverman says a binge “numbs me.” Read more…

2. The Most Common Eating Disorder You’ve Never Heard Of —North by Northwestern
Sara always blots her pizza with a tissue to save calories. Carrie never eats the crust. Margaret professes to love deep dish pizza, but peels off all of the cheese. Mark rarely eats pizza because he doesn’t deserve it unless he runs ten miles first. Which of these behaviors is normal? Which might be signs of an eating disorder? Sometimes it’s hard to make a distinction. While perhaps none of these fictional characters would be diagnosed with anorexia, bulimia or a binge eating disorder –- the most commonly referenced eating disorders -– they may each have their own varying levels of undefinable psychological food struggles. Read more (about EDNOS)…

Do You Know The Signs That You're About to Binge?
Happy Thanksgiving! (Plus 911 Help If You're Freaking Out About Food)

One Response to Required Reading For Anyone Who's Weird About Food