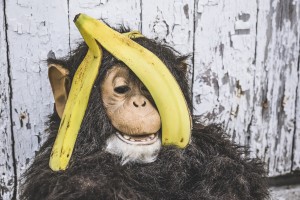 The other night we were having little pieces of chocolate bundt cake for dessert, and my 4-year-old, Penny, who lovesloveslovesloves sweets, asked, “Why do you and Daddy have more cake than me?”

“Because we’re bigger than you are.”

And then she proceeded to have a few bites, giggle a lot, ask a few hundred more questions (on everything from cake to airplanes to space), and eventually asked to be excused—with about two-thirds of her slice still untouched on her plate. Huh? As much as I see similarities between how Penny and I relate to food (e.g. we love it, a lot), leaving cake on a plate would never have happened when I was a kid—there was a sense of guilty indulgence and scarcity about “bad” foods that gave them more power than they deserved.

As a health/parenting journalist, I’ve interviewed my fair share of family nutrition experts, and they’ve all said the same thing: Up until age 5 or so, most children’s bodies are really good at self-regulating food intake. In other words, kids’ll pretty much eat what they need, and stop eating when they’re full. Some days they’ll eat a ton, other times they’ll barely eat anything—and it mostly balances out in the end.

It used to be really hard for me to let go of my own fears and just let Penny have her fill. (What if she’s like me? What if she’s a binger? What if she can’t stop eating and I ruin her forever?) But as she’s shown me time after time, she knows how to listen to her body. And I’ve learned to let her.

Here are two of the most powerful kid-feeding tips I’ve learned from experts over the years: